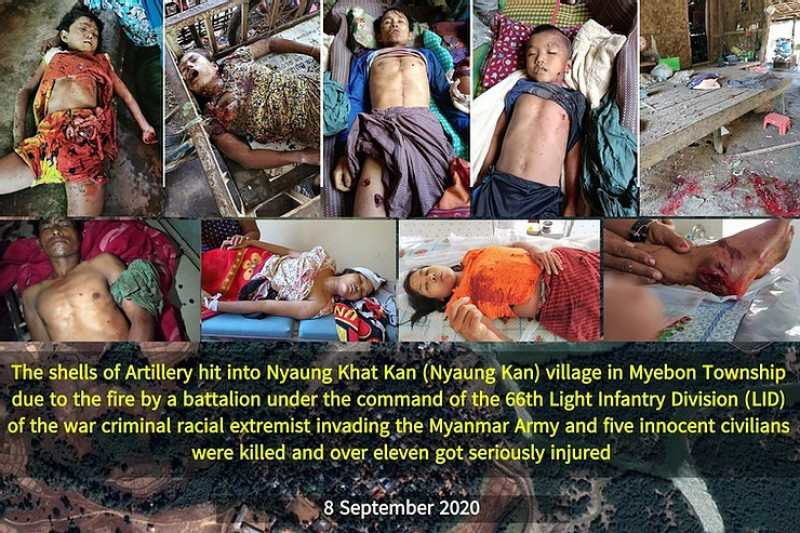 At about 11:50 am on 19 October 2020, Mg Myo Satt Naing Oo (aka) Maung Maung Oo, a 21-year-old primary school teacher from Ywa-Thit-Kay village, Rathedaung Township was seriously injured on his head and face by the hit of artillery shells fired from the 537th Light Infantry Battalion (LIB) based in Rathedaung Township in Arakan. 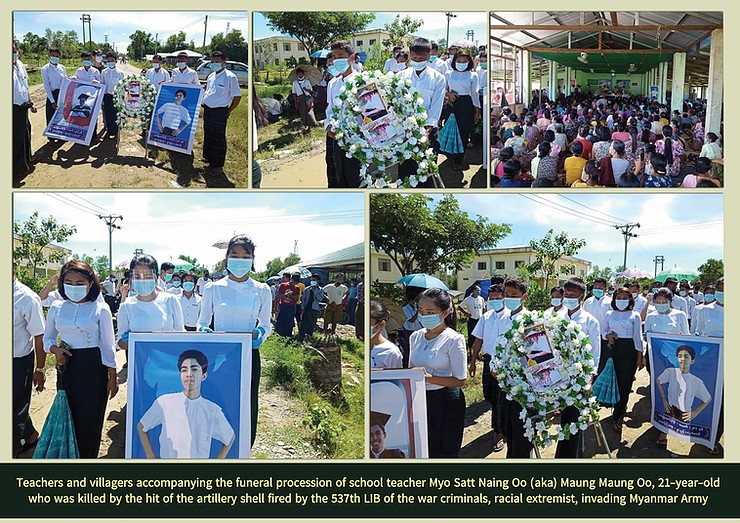 The teacher was hit by an artillery shell when he went to water the cattle in the paddy field. There was no fighting broke out in that environs at that time. He died on the way to Sittwe Hospital from Rathedaung. On 8 September 2020, without any fighting in that area, four innocent civilians were also killed, including a school teacher, Moe Thazin, 29-year-old, and her daughter, Ma Thu Thu Hein, 5-year-old and other eight were seriously injured due to the artillery shells indiscriminately fired by Myanmar Fascist Invader Terrorist Army and exploded in Nyaung-Kan village in Myebon Township. The deceased female school teacher was also pregnant. 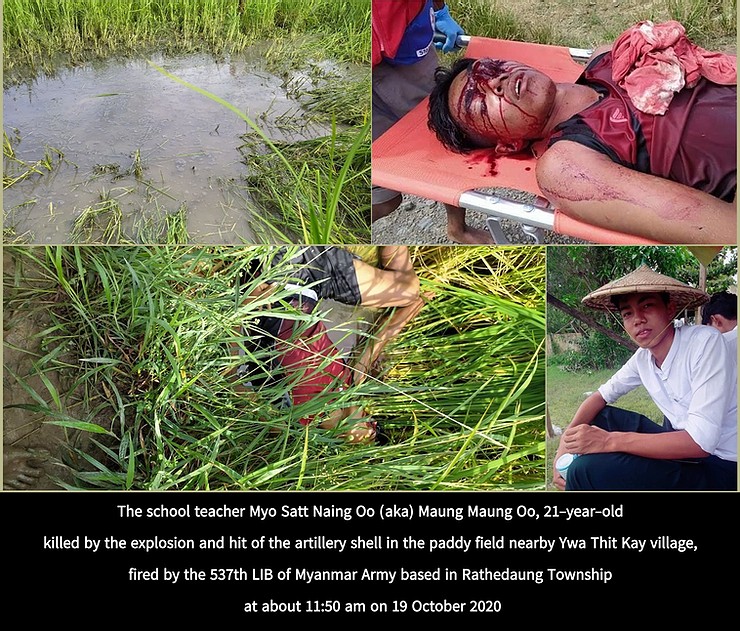 In addition, the Fascist Invader Army has pitilessly been making arrests of teachers from the Department of Education for various reasons. No statement is found issued by Myanmar Teachers' Union on those incidents.

We strongly condemn the atrocious actions of war criminals targeting innocent teachers. The whole Arakanese peoples despicably want the Fascist Invader War Criminals, who are targeting the future generations and peoples of Arakan, to leave Arakan as soon as possible. (Translated from the statement written in Myanmar)
Info-Desk
Arakan Army 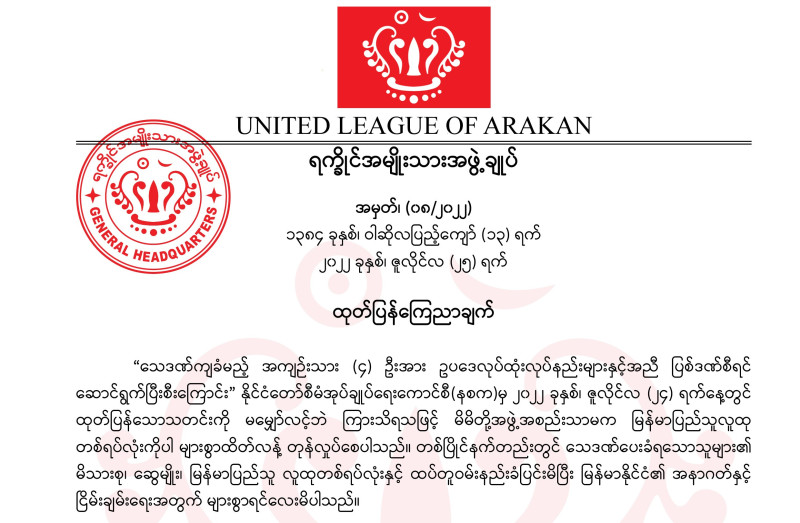 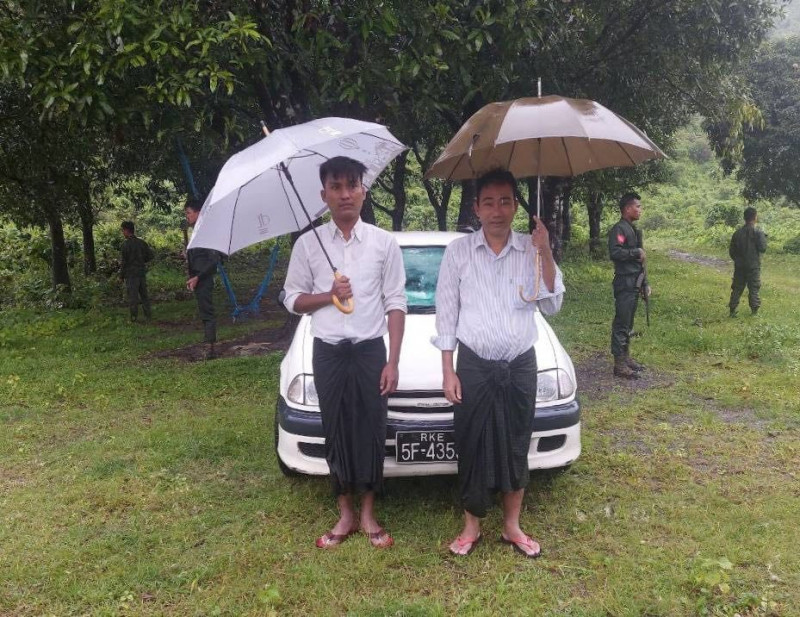