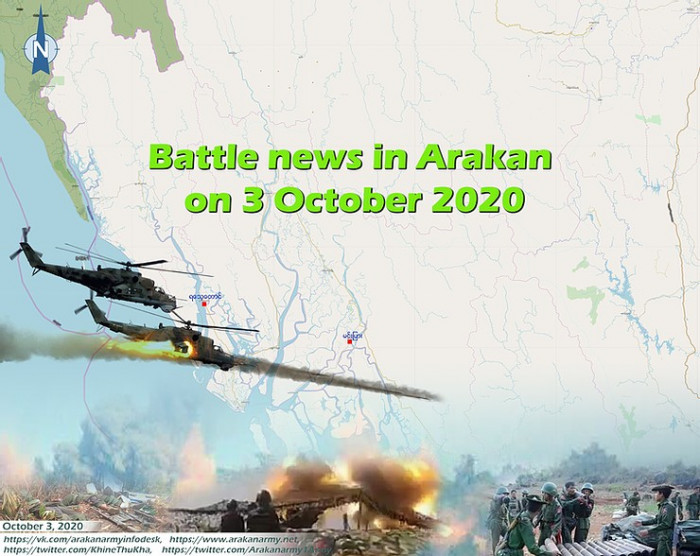 On 3 October 2020, the Myanmar Army (aka) War Criminals, Invading Fascists’ Army has been launching the massive offensive assaults towards two areas of our troops in Minbya and Rathedaung Townships with two helicopter gunships, including artillery shells, and the clashes intensified in both areas. Even amid the spread of Coronavirus Second Wave, the enemy has constantly been carrying out a series of massive offensive attacks.

The War Criminals, Invading Fascists, Myanmar Army, constantly started to carry out the massive offensive assaults at about 7 am on 3 October 2020, towards Kyauk-Tan and Aung-Thar-Si villages in Rathedaung Township of Arakan where the Myanmar Army had already declared to conduct the "Clearance Operations". They came and bombarded with the two helicopter gunships for about 20 minutes at 12:46 pm.

The clashes started and broke out at about 13 pm due to the fact that about 150 troops of the Myanmar Army from both sides attacked towards the areas of the Arakan Army troops at the distance of 3 kilometers away from the northwest of May-Lunn village in Minbya Township. There were massive casualties on the enemy side because the Arakan Army was able to defend best. Therefore, the clashes fiercely broke out for about 15 minutes from 5:05 pm to 5:20 pm until the two helicopter gunships attack. The heavy weapons also fired from the two locations.

During the clashes today, the enemy suffered more casualties again. Follow-ups battle news will be updated.

The Arrakha soldiers and heroes who bravely fought in the battles for their fatherland of Arakan and the people are proudly honoured and greatly recorded.

The enemy has indiscriminately been firing the heavy weapons in the townships of Paletwa, Myebon, and Ann. 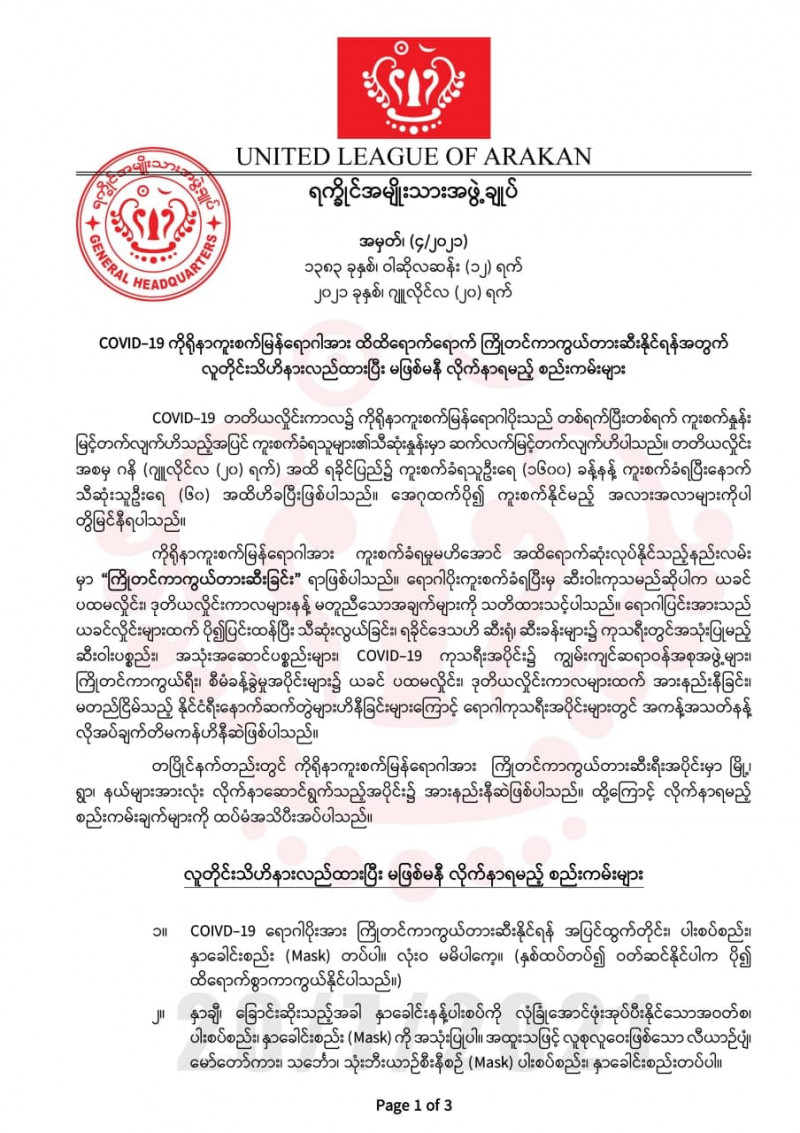 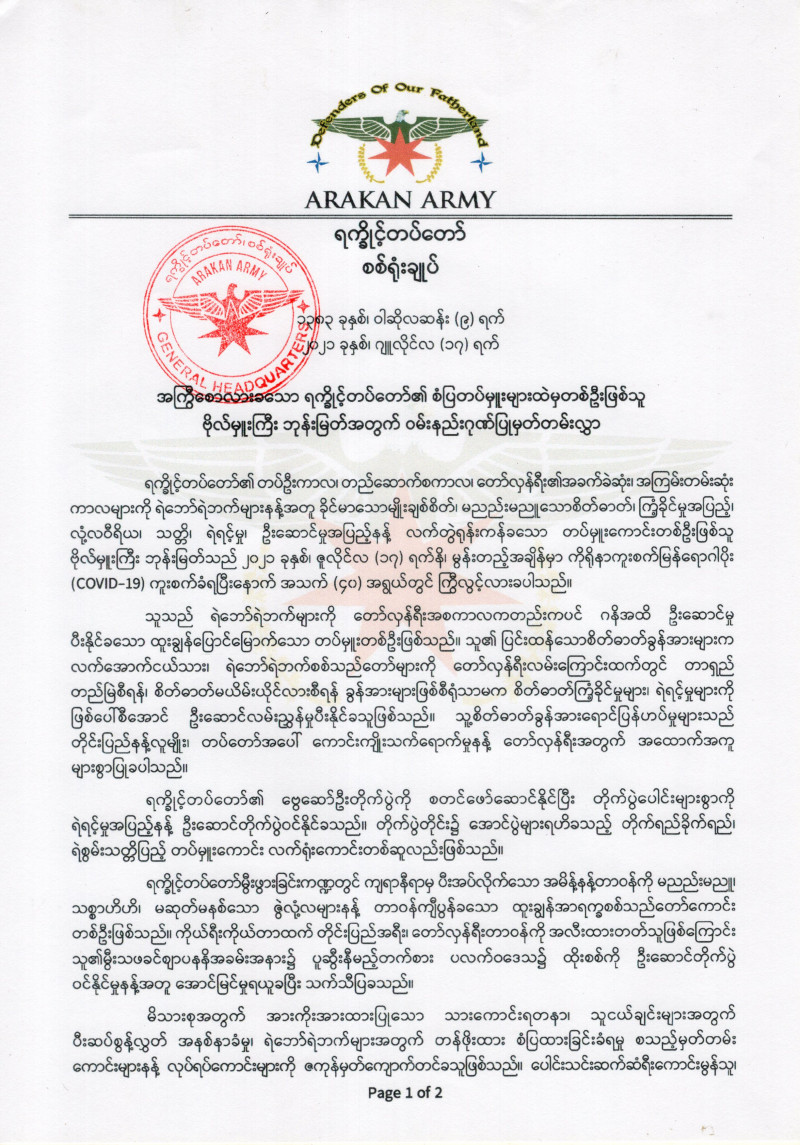 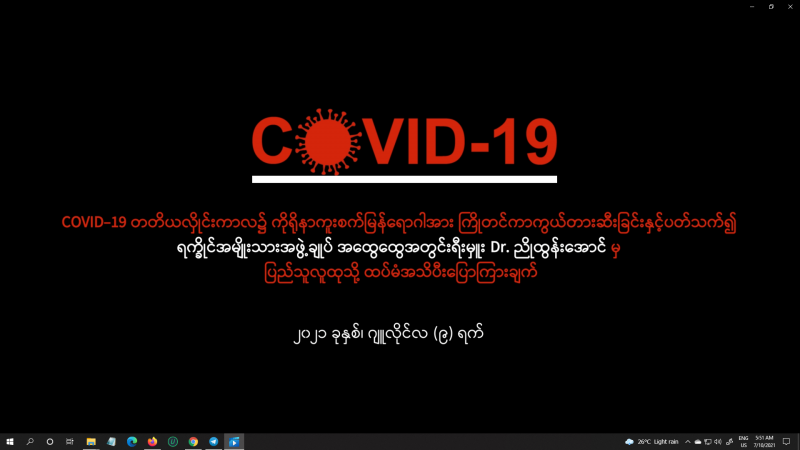 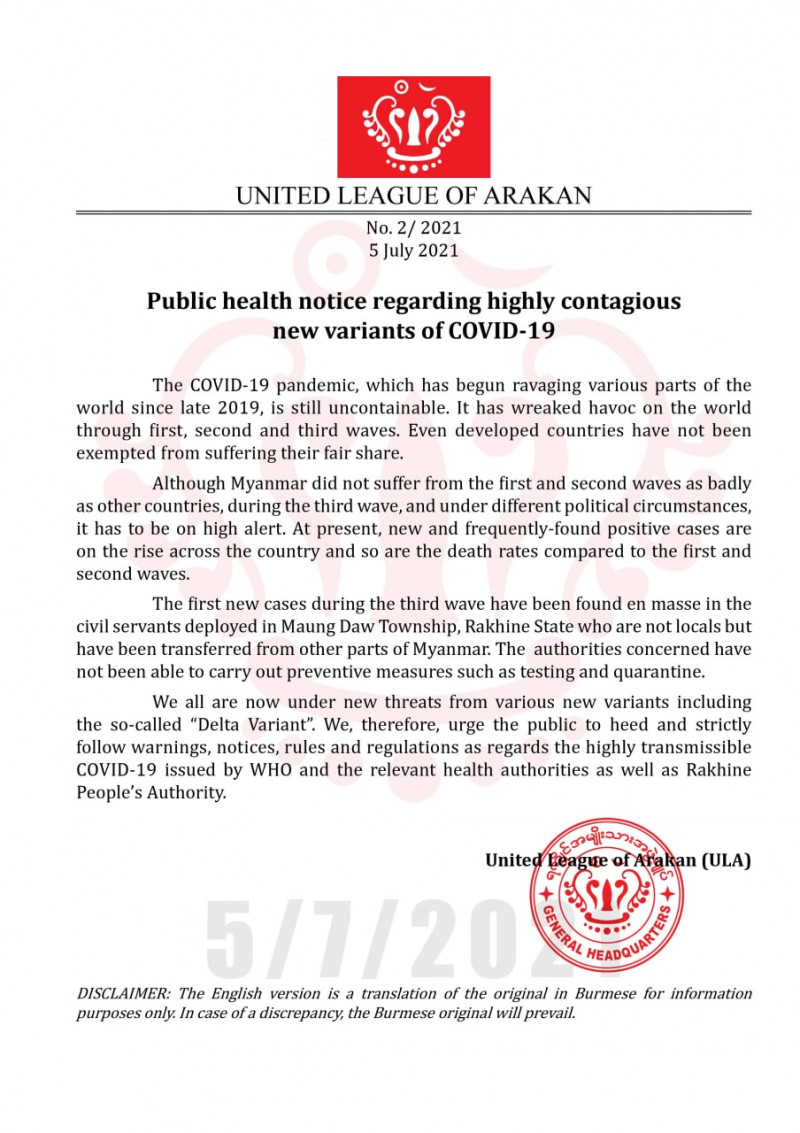 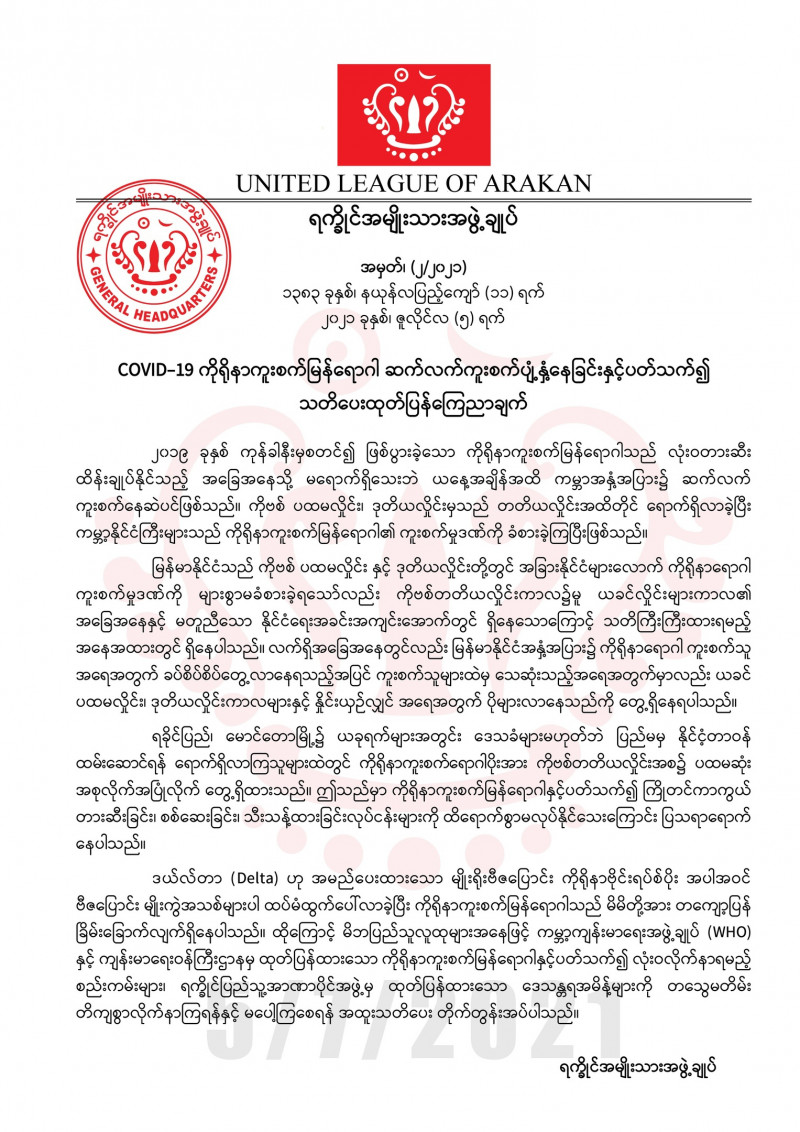 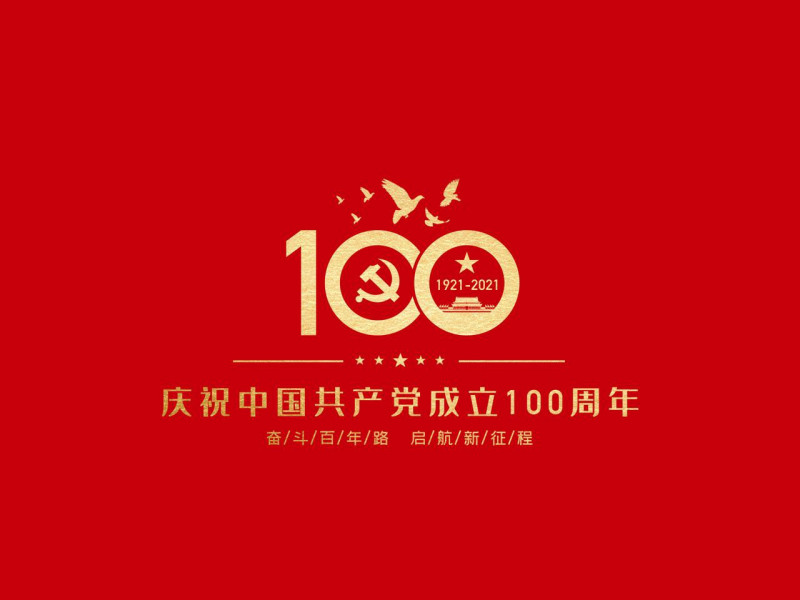